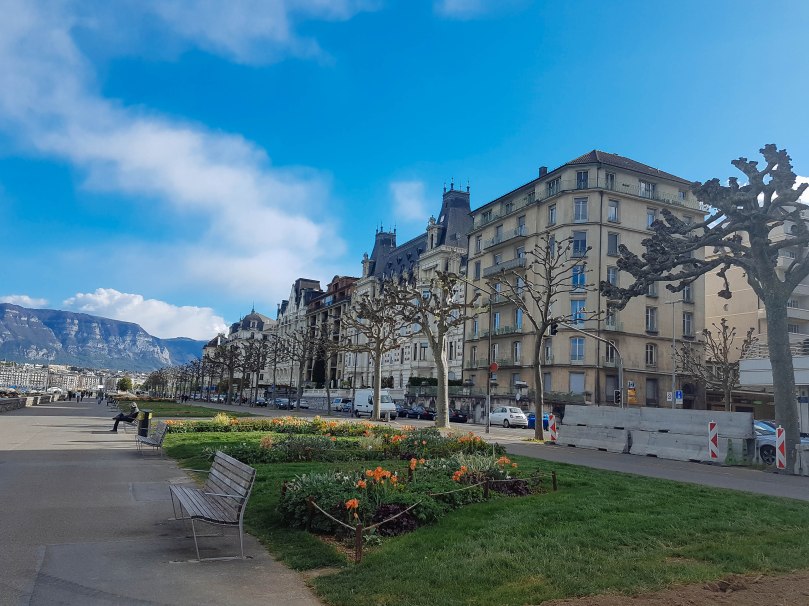 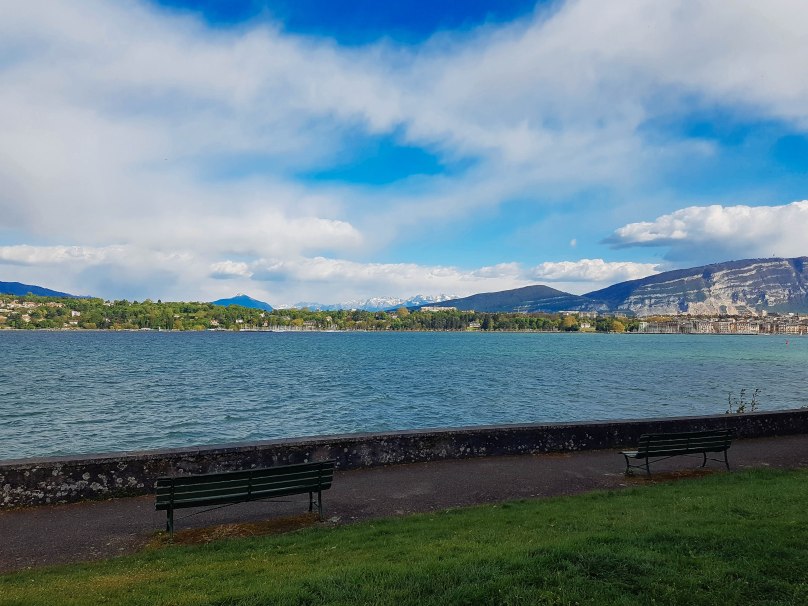 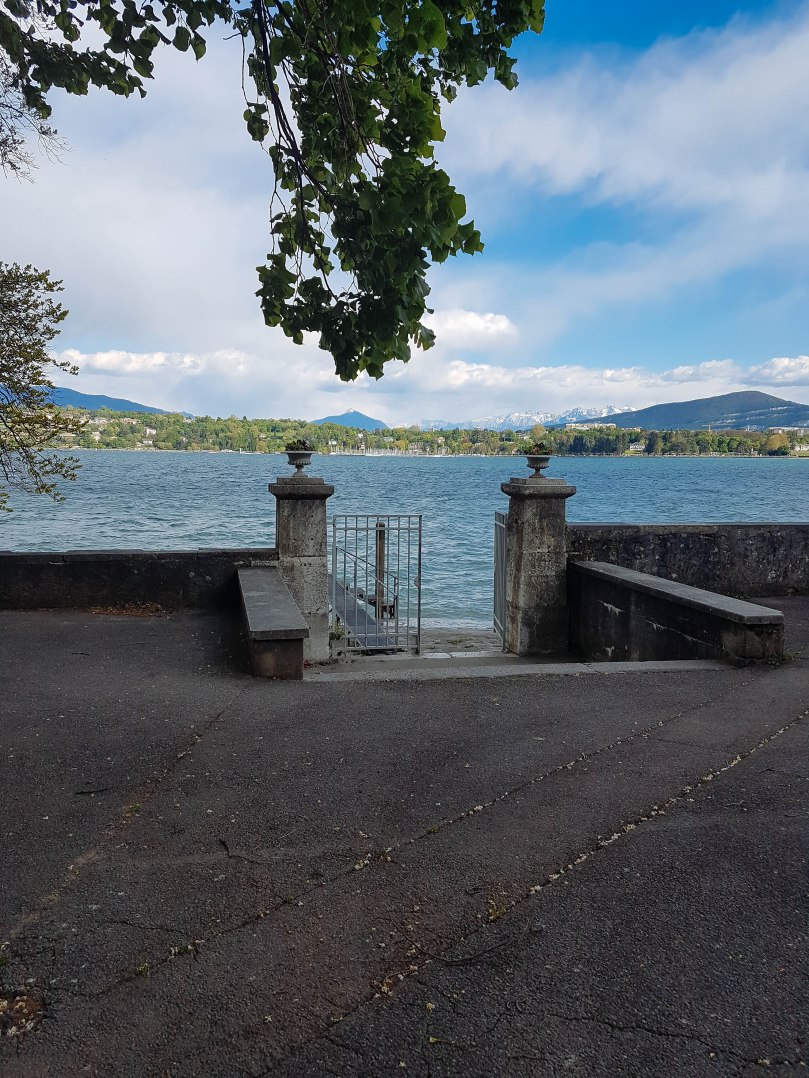 I know it’s gonna sound very ungrateful because not everyone’s job gives them the opportunity to travel, but I really didn’t feel like going on this trip. Yeah, I know, I’m the one who said that I want to travel more – and I do – but you wouldn’t wanna travel by yourself for work either. What’s more, I had layovers both on the trip to and on the trip back, so there was even more time to kill by all by myself. I went to Geneva without any expectations (except of high prices) and was completely charmed! ^_^
8/10 would recommend (8 because it’s an amazing country, but I wasn’t kidding when I said that prices are high)

Why I went to Geneva

Well, for work. 🙂 I’d say that almost no fun was had because this was a work thing, but I actually did enjoy both my stay in Geneva and the training I attended. So fun was definitely had and I also learned some stuff, so major win on my side.

How I got to Geneva (and back)

You’d think that a trip from Romania to Geneva would be short, given that the countries are not that far away from each other, but you would be wrong. Apparently there is only one direct flight to Geneva and one direct flight back and that’s it. As these flights did not match my schedule, I had to choose between two others, both with layovers. So due to different reasons I chose the following flights: Bucharest -> Paris -> Geneva for my departure and Geneva -> Amsterdam -> Bucharest for my return. And trust me, these flights made the most sense at the time (although I think it’s stupid to go to Paris and then return to Geneva, but this is just my humble opinion).

All I can say is that Paris and Amsterdam have always been on my short list of destinations and I was both excited and disappointed at the same time to wait for my next flight in these cities. Excited because the pure thought of it made me happy (I am in Amsterdam!), but disappointed cause obviously I wouldn’t see anything else besides airports and airplanes. I did see the cities from above, as I was landing. Upon arriving in France I saw the city from the plane it hit me OMG I am in Paris! and I kept wishing I’d see the Eiffel Tower, however I wasn’t that lucky. I did see the canals in Amsterdam and the houses from above and that’s about it.

Because I was alone in places I’ve never been before, I was quick to get to my terminals & gates and didn’t wander around the airports, afraid I would get lost or won’t get to the gate in time. I regretted this since Paris because once you pass security, there’s not much to see in one terminal. I did run into actor/director Joel Edgerton and I was really impressed by his muscles – however he was really determined to get where he needed to be and didn’t have eyes for his “fans”. This was in Paris. In Amsterdam, I was really confused regarding my gate and I was quick to get there because it was rather far, however I passed through security before spending any time in the “mall” area of the airport. In my defense, I thought that there will be more areas like this, but what awaited me was pure disappointment. I had a Starbucks and a duty free and that’s about it.

I don’t know when I’ll be back in these beautiful cities, but one can only hope it will be sooner rather than later. #fingerscrossed 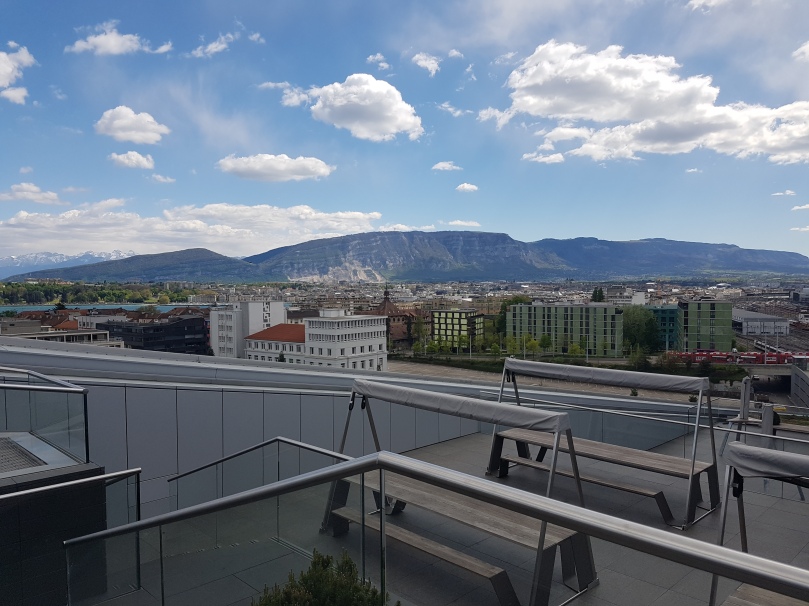 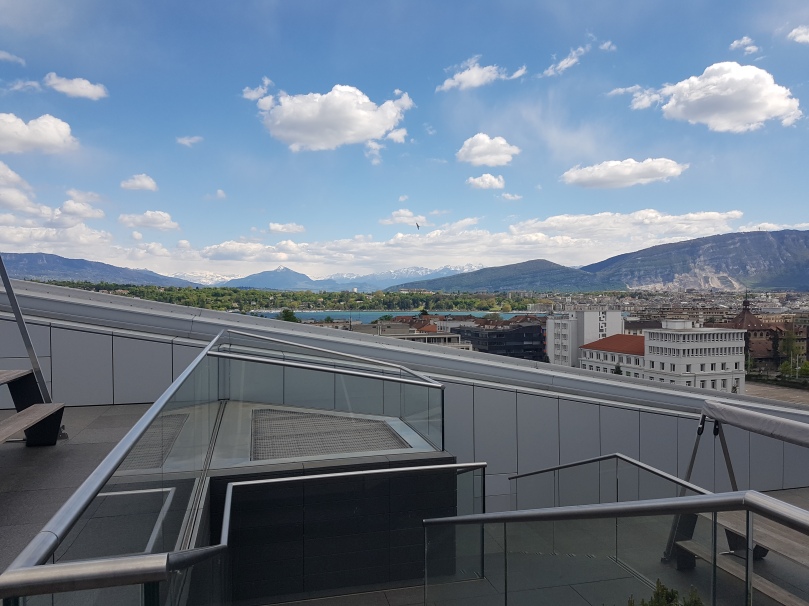 What I did in Geneva

Mostly work. I arrived late on Monday and waited for my luggage for an hour or so and then it was too late to even try to find a ride other than Uber to get to my hotel (you know, like a bus), let alone walk around. After work I only had a few hours of sun and I tried to see everything I could. I’ve never been to Geneva before (only visited the airport last year), so I didn’t really know what I should see and where I should go. So I mostly walked around – saw the park, the lake, the mountains from afar, went to the old city, discovered where the train station was, saw the big Broken Chair, the UN headquarters (didn’t take pictures of either because #smarts) and found out the hard way that shops close at 19:00 in Geneva (it was 19:30 and I went out to get some snacks #smartsagain). So if you’re looking for a tourist’s guide to Geneva you have come to the wrong place, haha. 😀

Even though the pictures show the most beautiful sunny weather, believe me, it was suuuper cold there! Actually, the best decision I made was to grab the thickest scarf I own right before I got out the car at the airport. One day after work I returned to my hotel to change and go out for a stroll and I kept thinking “Man, I’ve got too many layers on, I look like an Eskimo”.  But as soon as I went out I realized that my outfit was right on the money, especially since like half an hour later rain and snow started to fall. 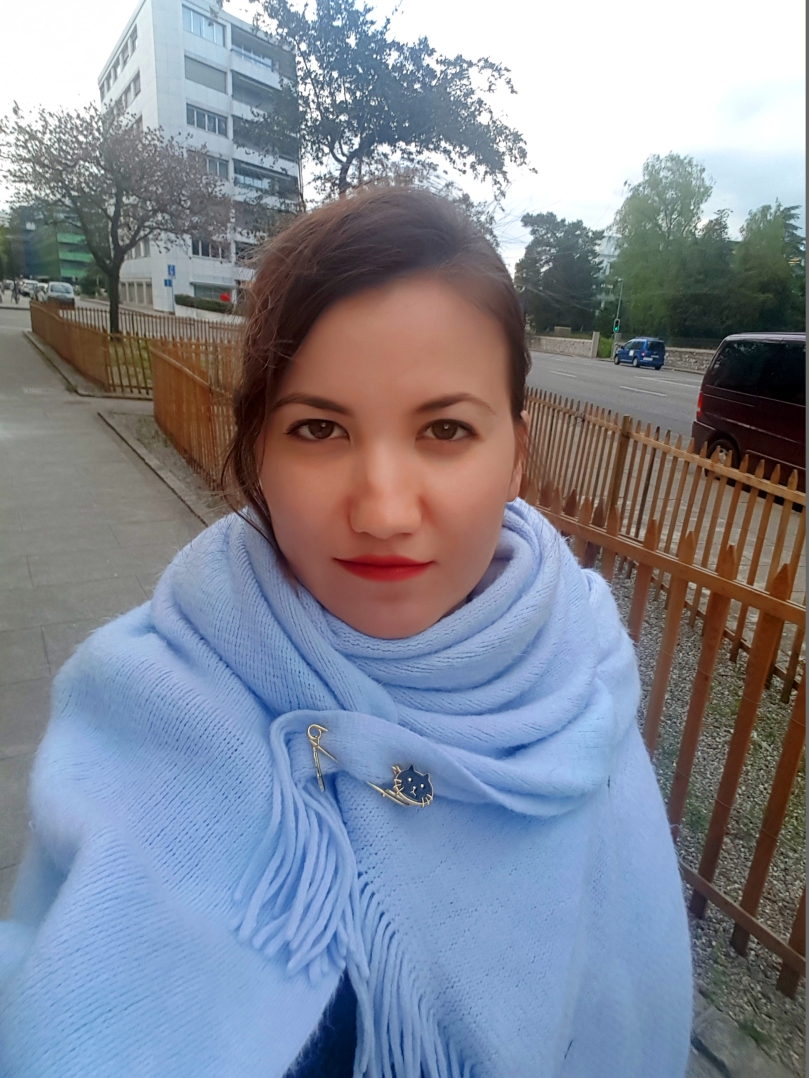 Please enjoy the photos below and be aware: my obsession with houses can definitely be seen in the pictures I took. I love beautiful architecture, especially old houses, so Geneva was so fascinating for me – especially those Jane Austen looking mansions in the park – GOD, how I’d love to live there! I was also obsessed with those majestic trees in the park and I don’t think I managed to capture their hugeness. 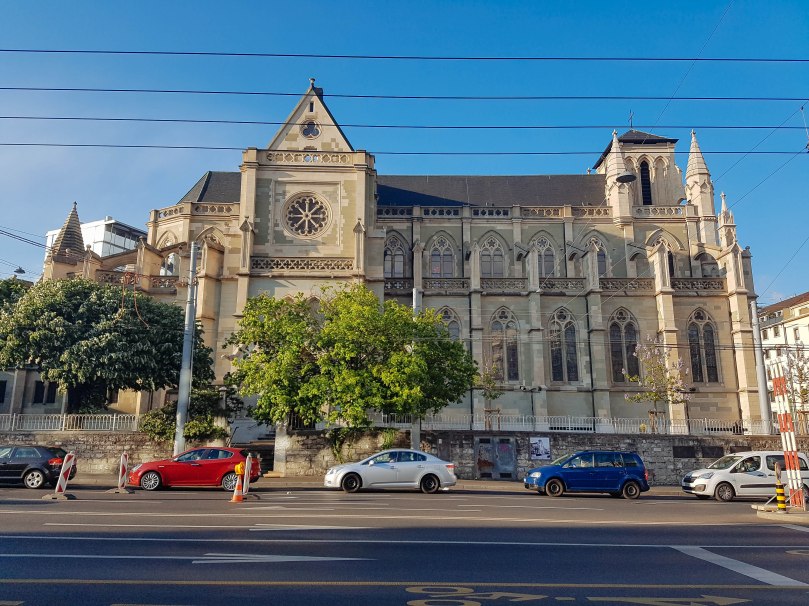 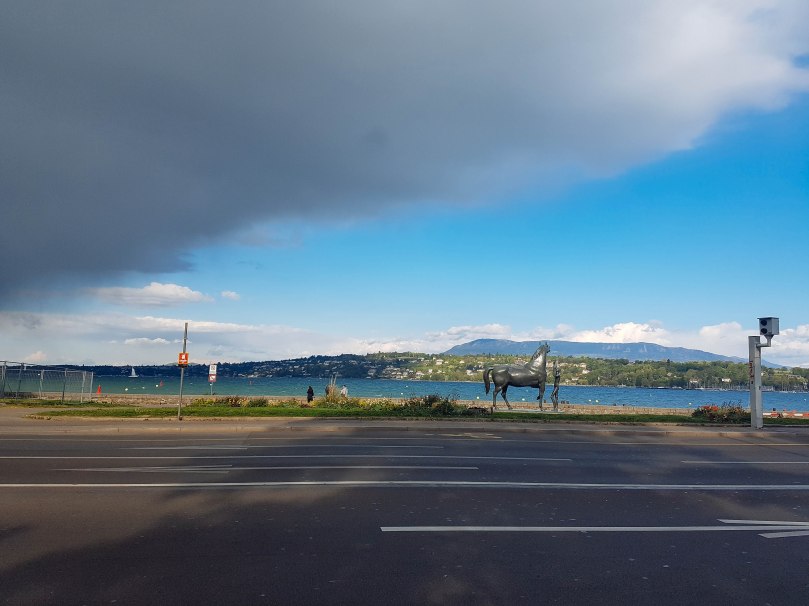 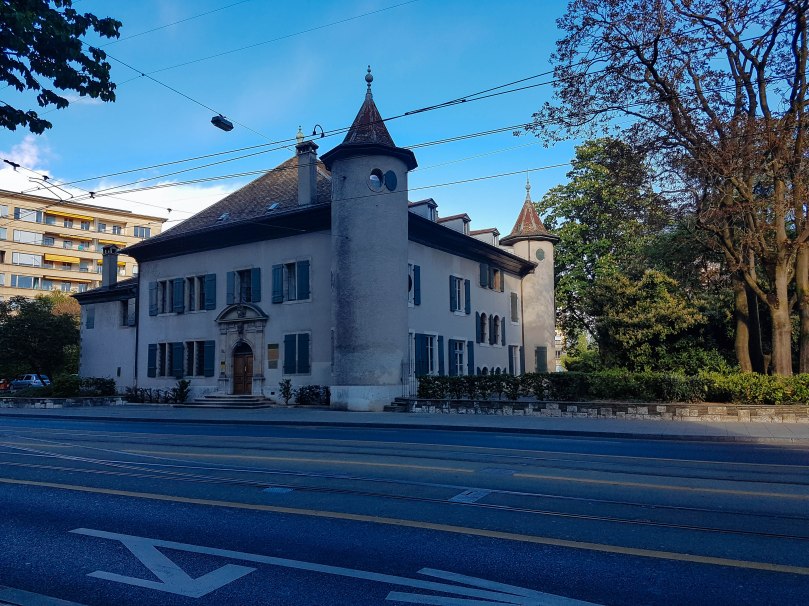 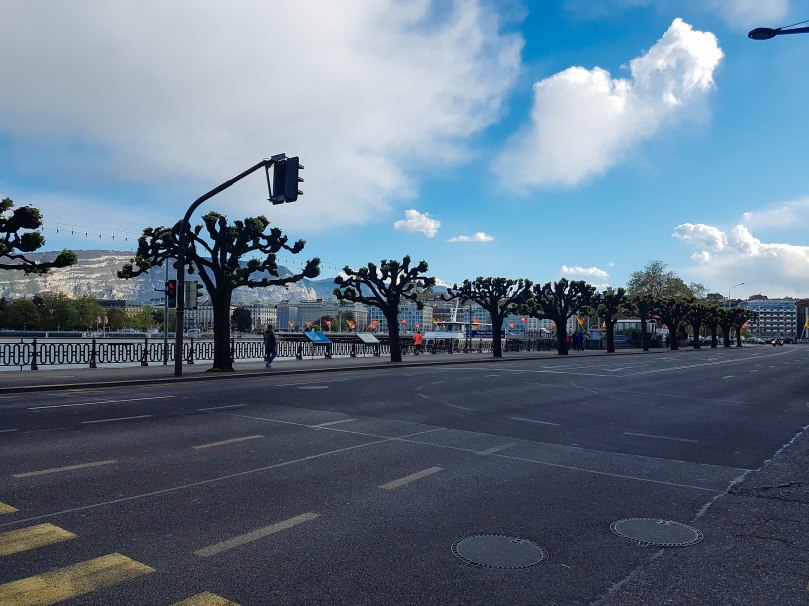 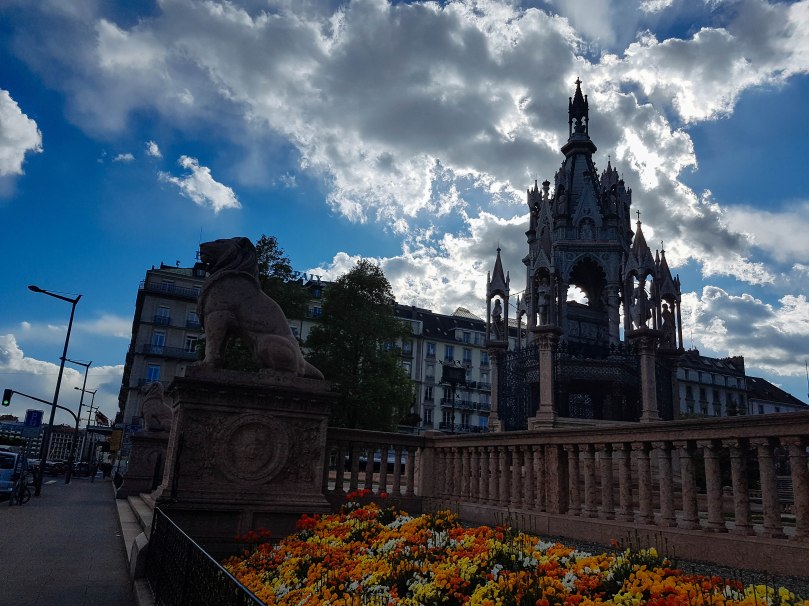 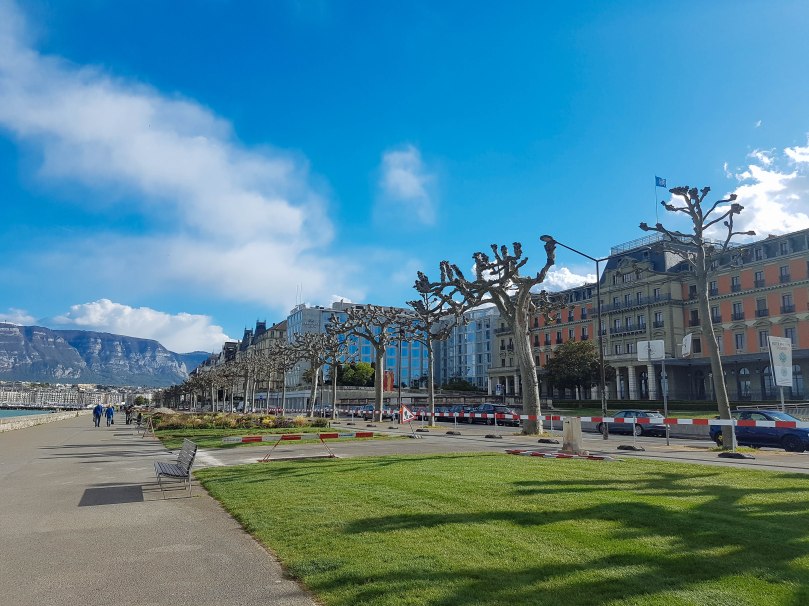 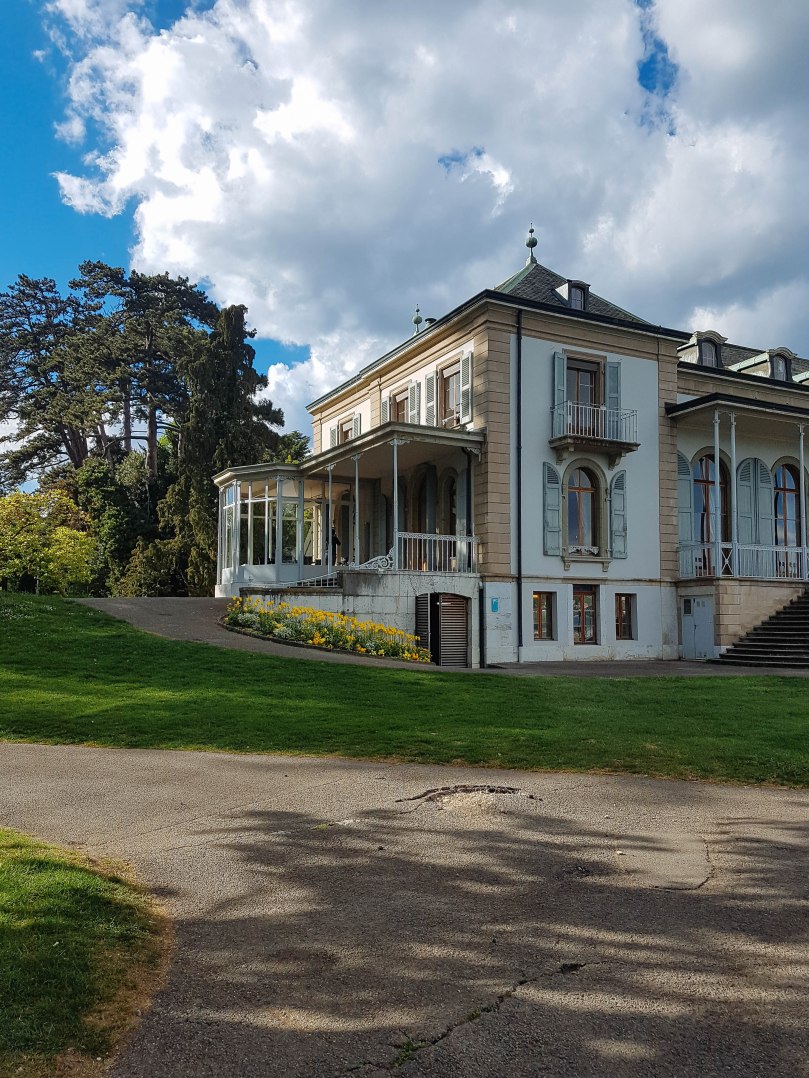 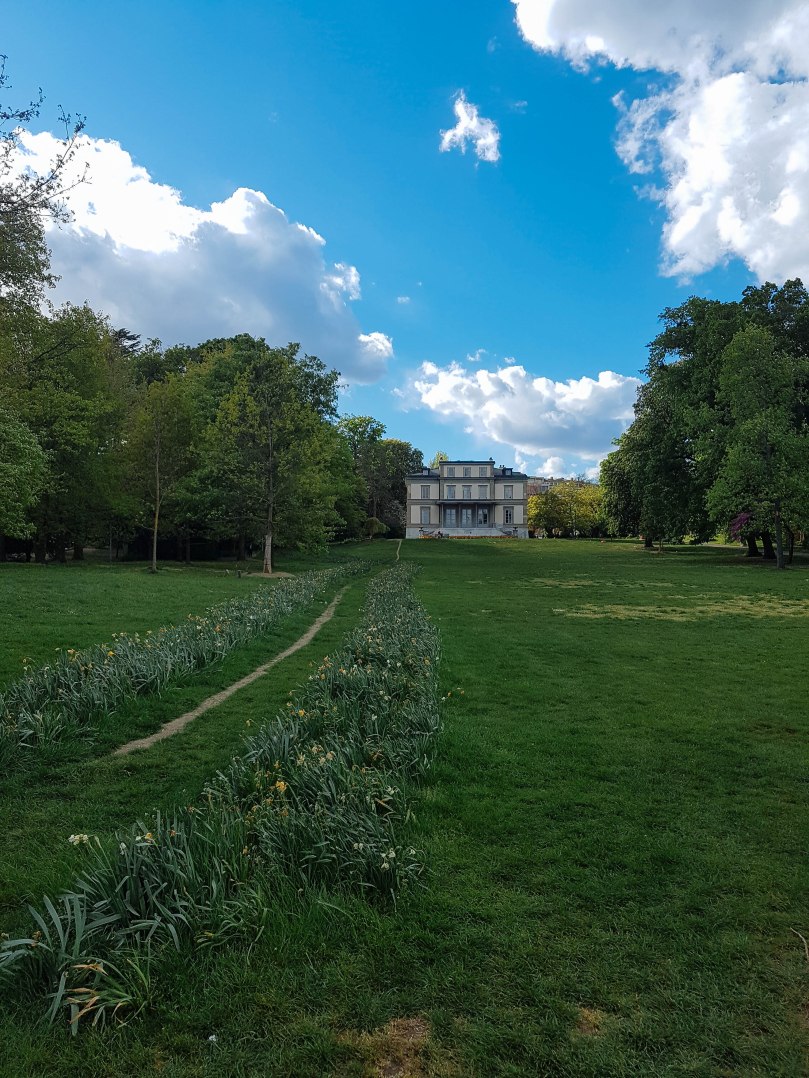 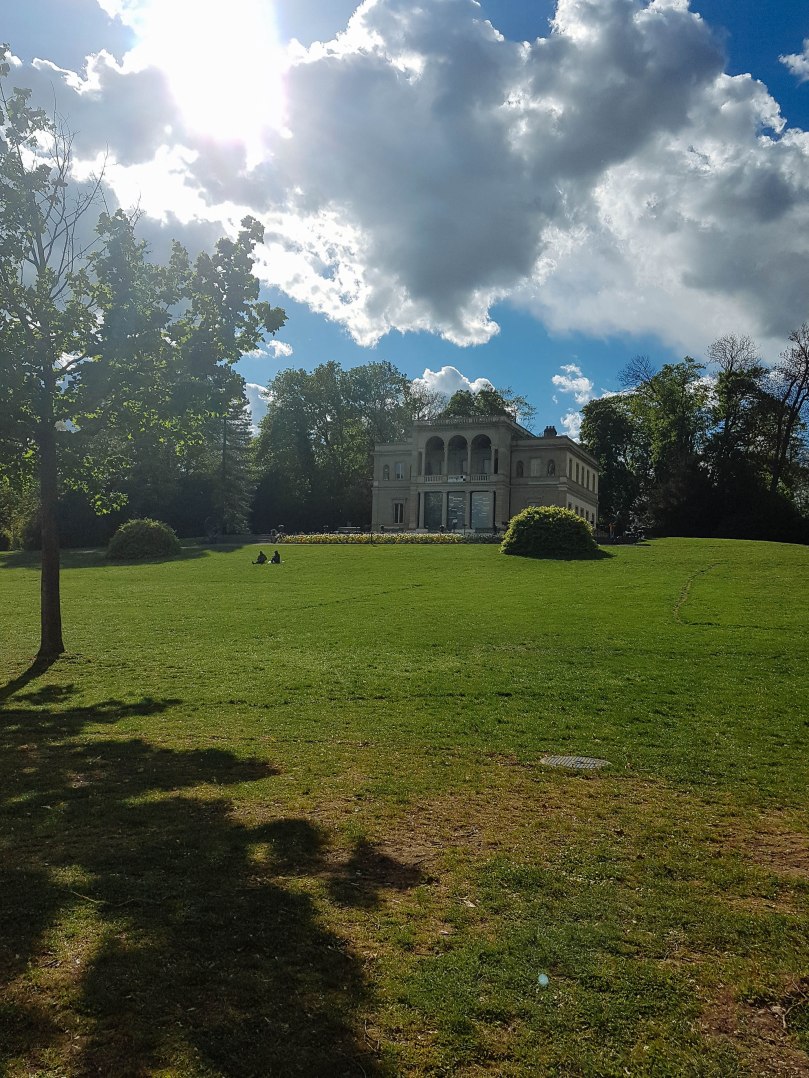 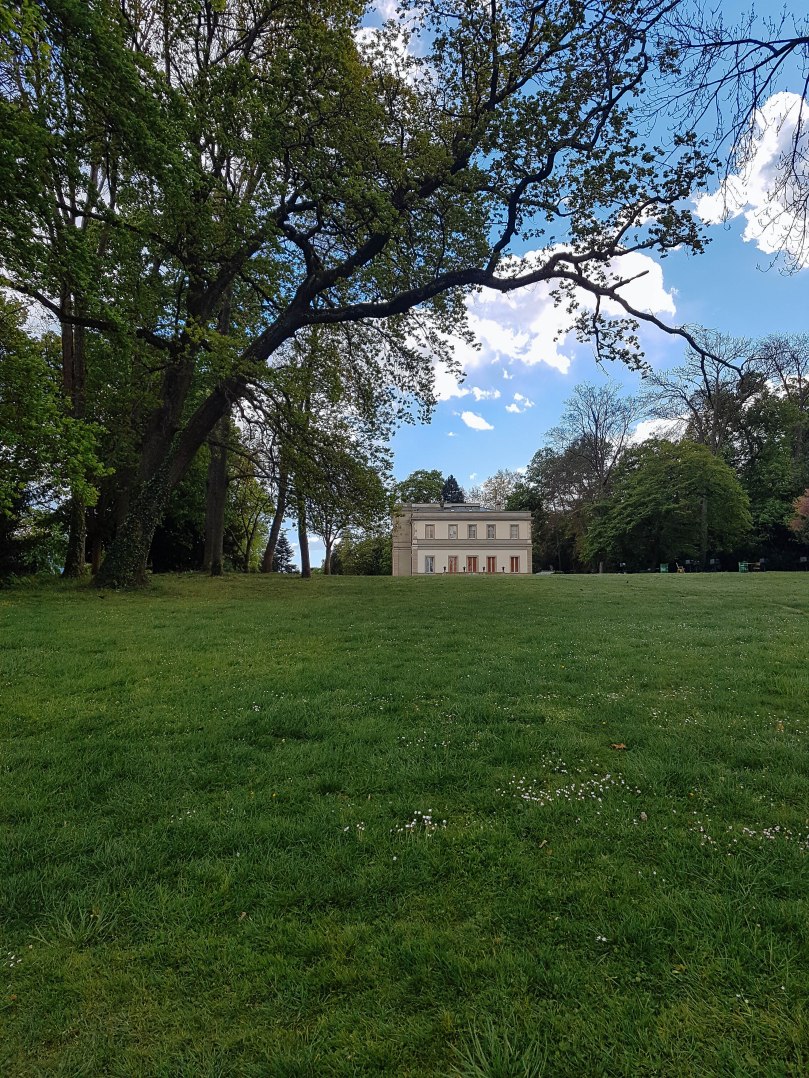 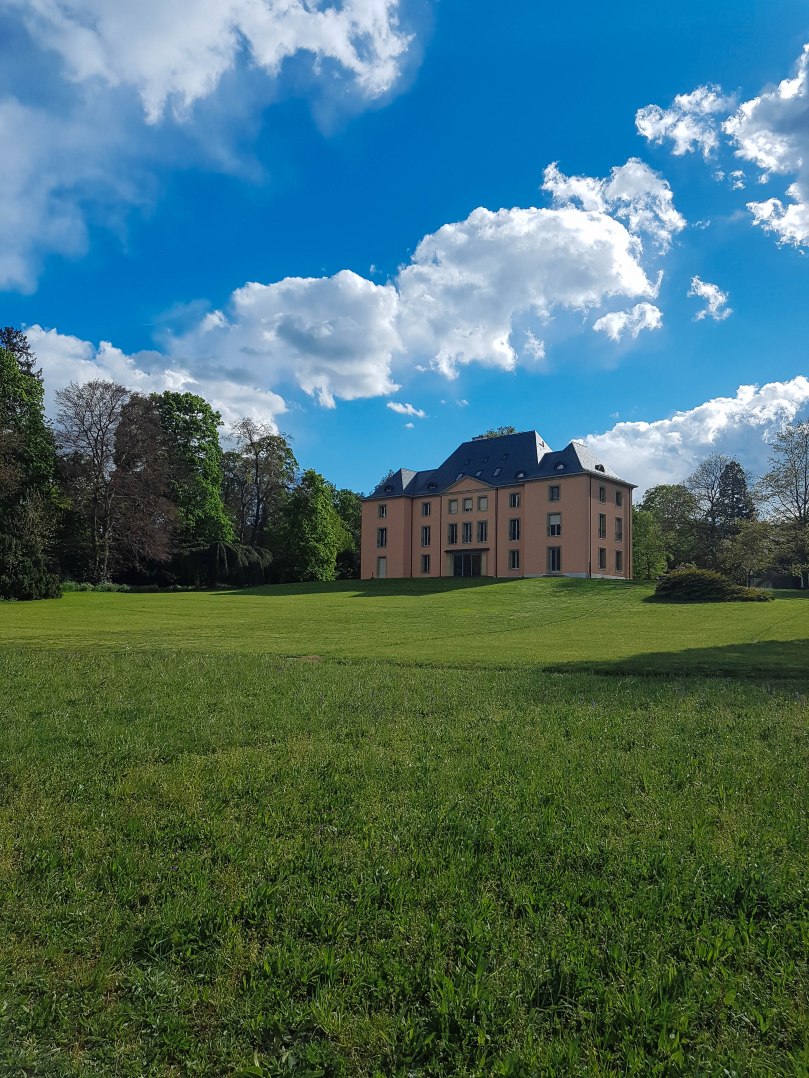 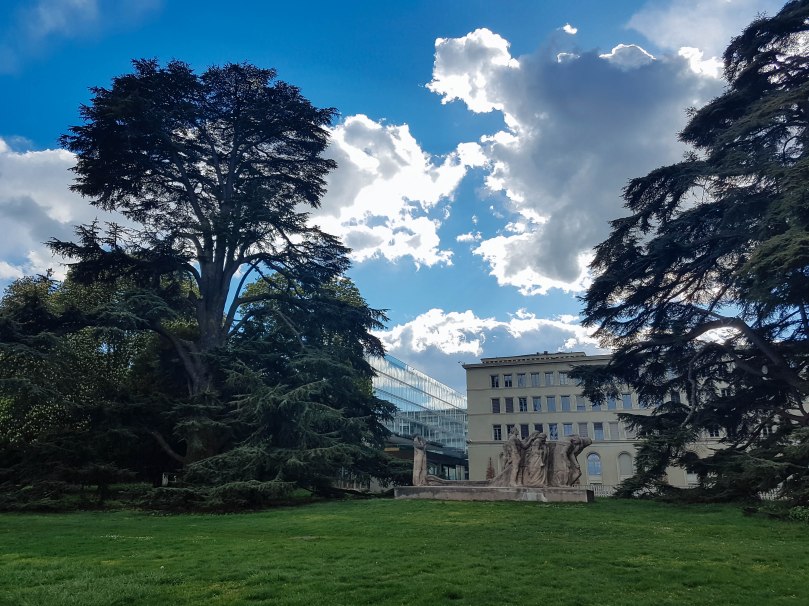 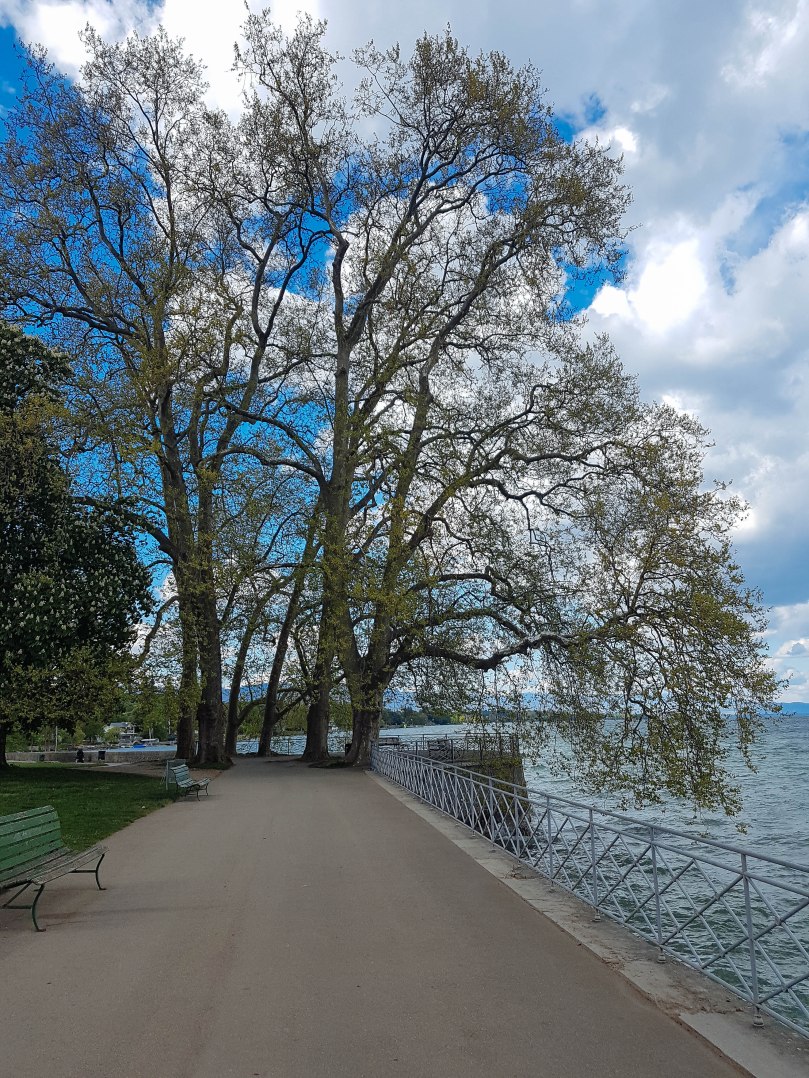 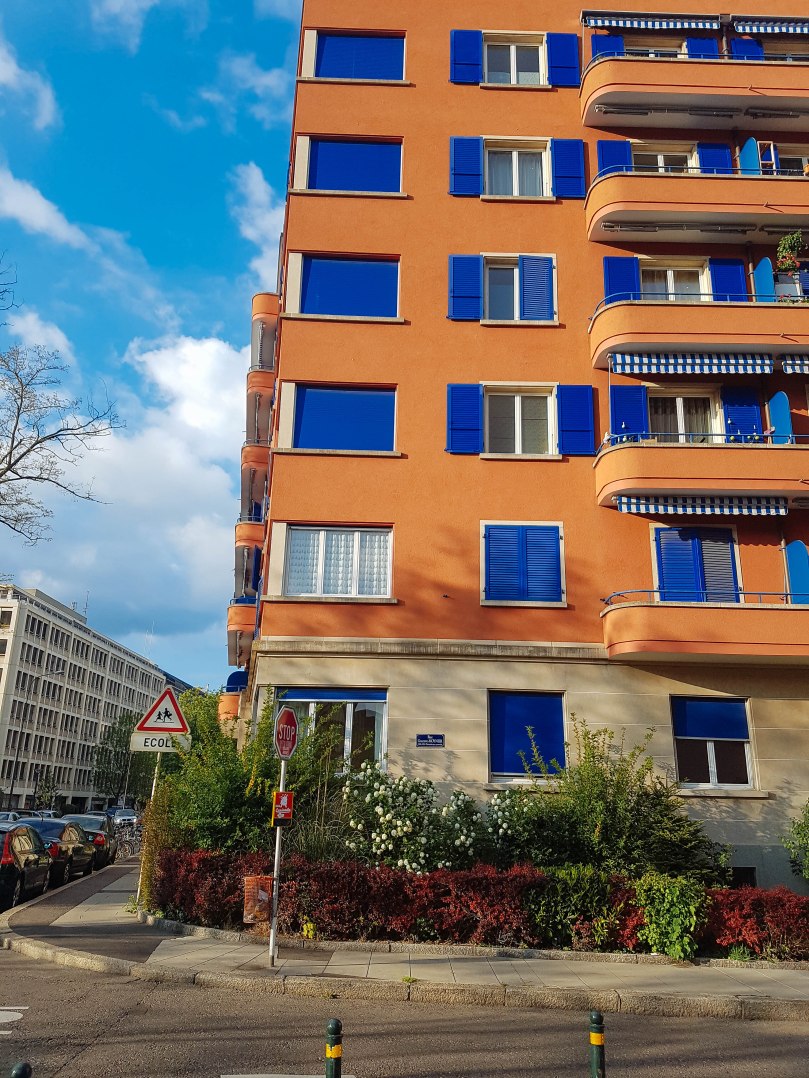 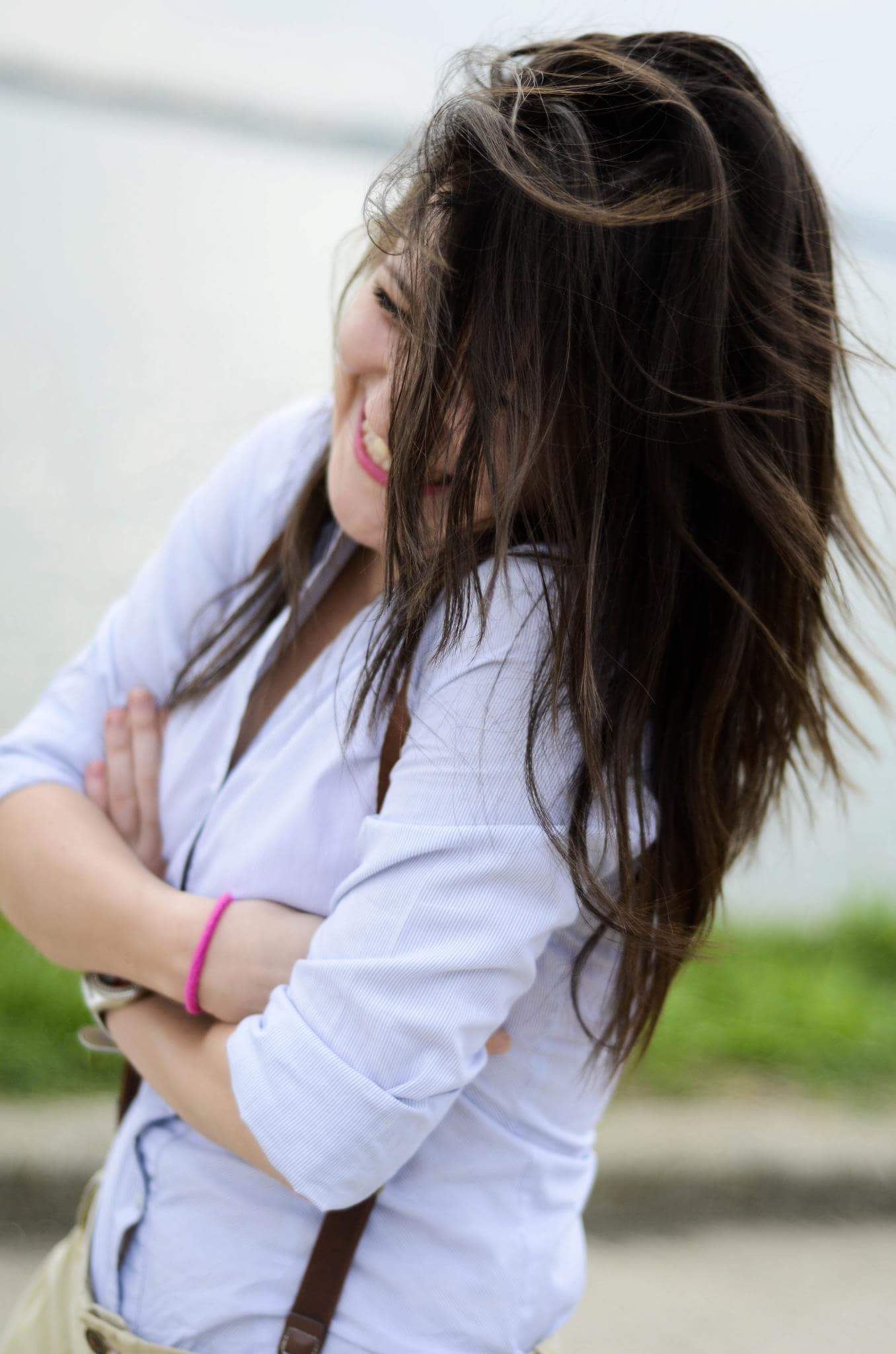 Lady Lovage, 2020 pandemic, colored 😊😷
Self portrait, May 2020.
Still can't believe I got to see this gorgeous place in person 😍
Happy Valentine's Day! Although the only way I celebrate is by painting my nails for the occasion 💅😊 Today on the blog I'm sharing Valentine's manicure ideas - if you're a fan of very cute nails all you have to do is to follow the link in my profile description 😁 💅🏻 by the talented @bianca.f.ghioca